Energumeno is a band where two of my oldest friends in the wonderful world of noise play, Javi and Manolo are the guys who run R.O.N.F. Records which was the first label to release Kusari Gama Kill many years ago. Still if they weren’t my friends, I’d love their side of the split. Tight noisy noisecore as I like it!

HMC plays a more sloppy noisecore than Energumeno, but not less enjoyable. Loads of references here (or so I think) to all sorts of music. Style wise we’re more in Seven Minutes of Nausea-country. Good fun!

All in all a great 7″ that’s worth buying.

Mike Oldfield – Discovery (1984)
This was as far as I recall one of the first records by Mike Oldfield I heard, the first song I listened to by him was Moonlight Shadow. And thus Crisis would be the first lp by him I laid ears on.

Discovery (or as a local DJ used to pronounce it: Disco Very (sic)), is not my favourite lp by Oldfield, but not the worst either. Personally I guess my eternal # 1 is Ommadawn. What I think about the songs here are as follows:

SIDE A:
To France: Obviously an attempt to make Moonlight Shadow 2, and not a bad attempt either. I love the way the lyrics weave around the melody, and Maggie Reilly’s voice is sweet as ever. The guitar solos (both acoustic and electric) also works well for me.

Poison Arrows: This has been ruined for me by the Zombies re-make made a few years back. Still an ok song, I imagine it’s a return to the mood Oldfield had when he made Shadow on the Wall. There is some of the same gloomy-ness. The delay/phaser effect on the drums are supercool. Even the faux werewolf howl in the end comes out not too tacky.

Crystal Gazing: Here we are in Family Man territory, again a return to earlier moods and recipies from Gordon Mikefield. This is not the most exciting song. A bit gumpetung, and too repetitive without being hypnotizing (and me likes monotony when done properly).

Tricks of the Light: Is a song I don’t really like.

Discovery: Again a bit of a Shadow on the Wall feel here. I remember liking this song a lot back when the lp came out, but I was a sucker for powerballads then. Not as much now

SIDE B:
Talk About Your Life: I love this song, easily the best song on the record, the vocals are majestic and all comes together in a higher synthesis. It still speaks to me as powerfully as it did in 1984.

Saved by a Bell: A bit of a Disney-banger here. A universe-themed grandiose epic 70’s style rock-ballad. That works!! Much better than the title track. Love it!

The Lake: The final song and the only instrumental on the lp. Starts off with faux pan flutes in delay loop. Urgh, It sucks. Sorry to say, but if I was randomly shuffling through this lp I would never listen to the entire song. And then the progressive stuff comes in. Not good, I really don’t like this. Gumpetungt and uninspired. Western guitar??

My final verdict is that this isn’t Oldfield’s finest hour, but still an ok record to put on once in a while. 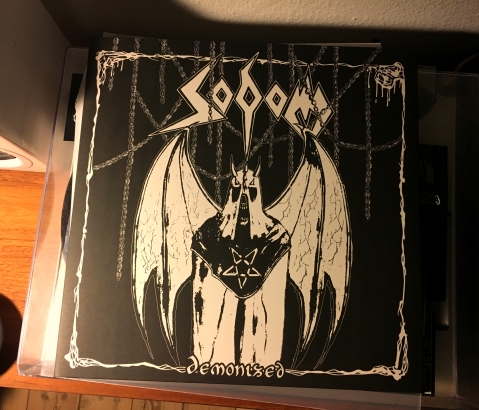 This is a great release, and a must have for the connoisseur of early thrash. Enough said, go get it!!

I quite vividly remember when this lp was released. I already knew Autopsy’s first lp Severed Survival, and liked it. So it was with great enthusiasm I put this lp on my record player. I think it was my friend Morten Lose who bought it and brought it to my tiny flat in Hundegade in Ribe. So there we were, in a house built in 1588, listening to what seemed like a brand new form of death metal. I wasn’t prepared for a sound so filthy and uncompromising. The song Dead is still among my eternal favorites. The song structures are strange and twisted compared to the death metal that preceded it. This is for me still the ultimate soundtrack for a trip to the deepest pits of Hell. Dirty!! DIRTY!!!!

I have lost count of (never had it, really) how many times I’ve listened to this. But it wasn’t until 2003 I got around to buy it, so I could lay my dubbed cassette to rest. At that point I bought it on cd, but hooray! Today I finally got it on lp. And it’s an absolute pleasure to listen to.

This is a record you want, if you are at all into noisy stuff. Sedem Minút Strachu – or Seven Minutes of Fear – is the shit for me these days.

This 12″ will no doubt be a classic of the genre.

And buy it here: http://www.atwarwithfalsenoise.com

This is one of the best things that happened record wise last year. It’s just a 7″ record – single sided even, but crammed full of western themed noise and groovy country.

Final Exit are a great Japanese band, and after stumbling over this on my facebook stream, I have hunted down some other goodies from them. This record is released on The Child With No Name and Fat Ass Records. I can only urge you to visit both labels’ sites, as there are multiple goodies there! 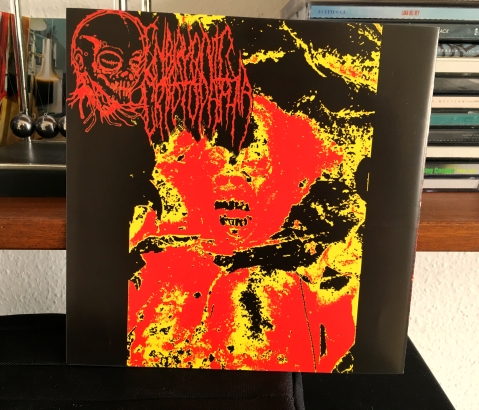 I learned about this ep on facebook, where one of my contacts hyped it. I got it in the mail today, and I must say that this is a fine slab of wax. Gory noisy heavy grind very much in the vein of my tastes.

Go get this fucker!! 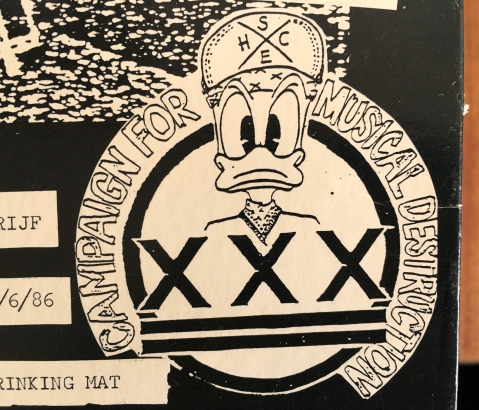 Fuck… Where do I even begin… I think I heard about Lärm back in 1987, and bought the lp by mail order from Rock Uglen that same year. Unfortunately the record had suffered in the mail and had cracked from the center to the edge, so I had to record it to cassette before it was totally destroyed. So for many years I lived with a cassette with a noticable crack every time the lp had revolved. I had the iconic cover pinned to my wall.

I think it was through Napalm Death interviews that I learned about Lärm. Their speedy hardcore was hyped by many a band at that time, and since I was heavily into fast bands like Wehrmacht and Cryptic Slaughter I was rather stoked to hear Lärm. And I wasn’t disappointed!

Their fast punk music has followed me throughout the years, first on that shitty cassette, then on the discographic cd Extreme Noise which unfortunately omitted the live tracks from side B of the Straight On View lp.

And now. Finally. 30 years after the release, and 29 years after I received my broken lp in the mail, I have gotten my hands on another copy.

My old band Sardonic Death wrote a song called Terror Lärm in homage to Lärm, and my current band Kusari Gama Kill has released an EP with the same title. 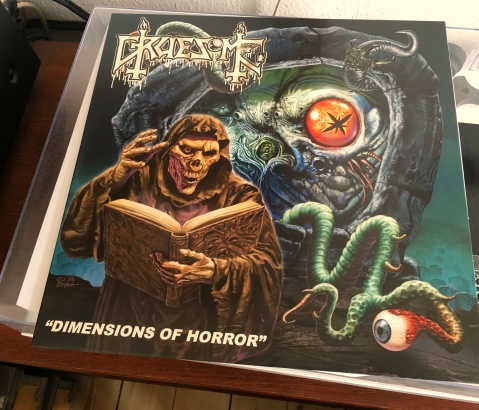 Get this before it’s sold out. As for Gruesome – I suspect they’ll never sell out!

Heh, seems like I inadvertently almost quoted my review of their LP Savage Land here…

I love this record. A lot.

I first heard it sometime around 1988, when my old pal Kenneth gave me a cassette with it on one side. I remember listening to it while lying in bed, and drifting in and out of sleep.

I almost slept when Lalena began, and Rod Evans’ voice startled me, sounding as if he was in the room with me.

I accidentally sold my lp, but have recently repurchased it – this time a 1976 re-issue with a cool German hype sticker on it. 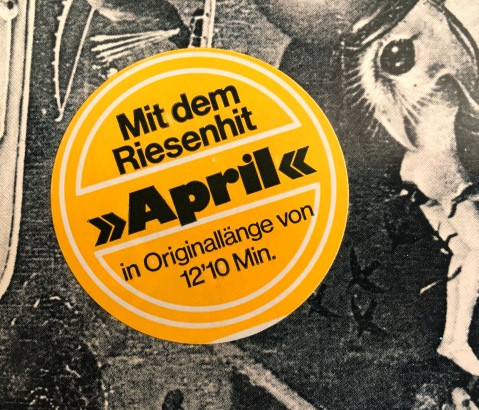 If you aren’t familiar with this gem, you should give yourself the pleasure of listening to it whenever you’re ready to.