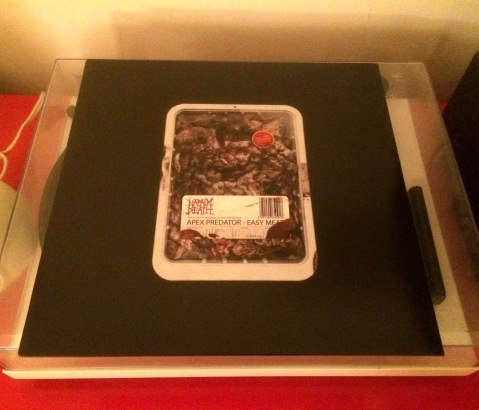 As always I have been eagerly awaiting the new Napalm Death lp for months. As you might have noticed, Napalm Death is my all time favourite band. And yet again they deliver as expected. I have been continuously satisfied by their releases for the past 15 years (DON’T mention their records from the 1990’s).

I have been through my intense love for Napalm Death in earlier posts, but as the big fat fanboy I am, I’ll try to expand my earlier outpourings:

Why I love Napalm Death

First and foremost; they have such a massive sound, I’m no stranger to listening to frail sounding music, but nothing pleases me as a true wall of sound (no offence, Phil Spector, but you didn’t have a clue as to what WOS is…).

Second; they play FAST – and I love speed.

Fourth; they aren’t afraid to voice their opinions, in an intelligent manner too. Their lyrics have always been thought provoking and interesting.

Fifth; they are still evolving. I have a deep respect for their constant mutations, soundwise.

I shall say no more.

Well, one last thing, I’m proud (in a non nationalistic way, of course) that they have chosen Danish artists for both the cover – Frode Sylthe, and the video for Smash A Single Digit – Elf Shot Lame Witch.

As Shane told 17 year old me back in 1988, when I asked him how he got his bass sound: “If you wanna grind, you have to have distortion on the bass…”